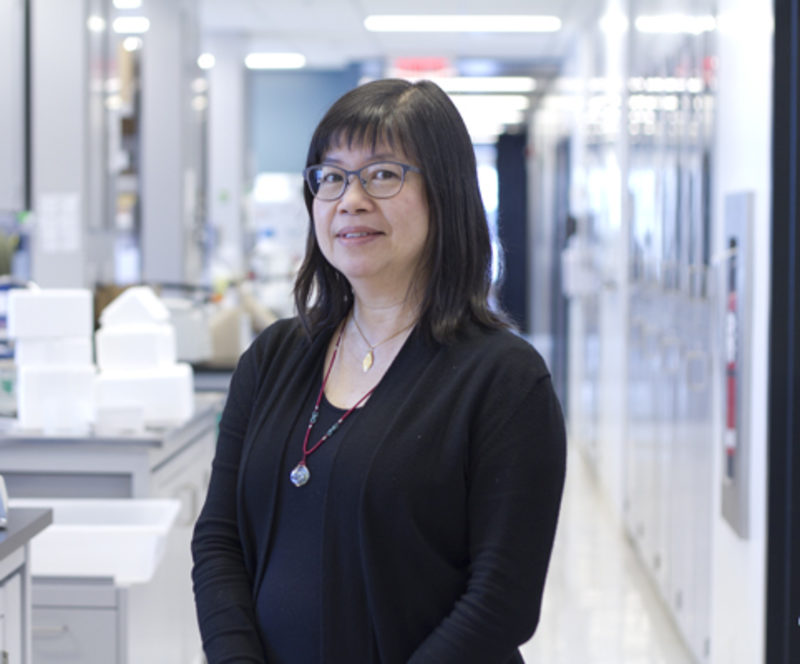 With a PhD in anatomy, May Griffith is the director of the Biomaterials for Corneal Regeneration Research Unit. A full professor in the Department of Ophthalmology at Université de Montréal, she is the Caroline Durand Foundation Chair in Cell Therapy for Eye Diseases at Université de Montréal and also the Canada Research Chair in Biomaterials and Stem Cells in Ophthalmology (Tier 1).

Her multinational interdisciplinary team is recognized for successfully regenerating the world's first human cornea using biosynthetic implants in a clinical trial. Her research focuses on “developing organs from the inside.” With her team, she is developing biomaterials as implants to promote the regeneration of patient organs by stimulating their endogenous cells to perform the repair. They successfully tested the concept of human corneal regeneration in an innovative clinical trial of 10 patients and a follow-up clinical trial in patients at a high-risk of rejecting conventional corneal transplants from a donor. The team is also testing their biomaterials in other target organs.

Dr. Griffith does research in tissue engineering. In December 1999, she and her team produced the first functional tissue that is equivalent to human corneal tissue. Her research results were published in the journal Science and attracted public attention. Pharmaceutical and consumer industries are interested in applications for corneal equivalents because they let companies avoid animal testing. Recently, Dr. Griffith worked with Dr. David Carlsson of the National Research Council Canada and other members of the tissue engineering team to develop a graft prototype that can be used as a substitute for human donor tissue. The biosynthetic corneas created from this research are currently being tested. The preliminary results indicate that these new biomaterials let host tissues regenerate.

Dr. Griffith's success is largely due to her ability to develop and coordinate collaborations with other scientists to build a global team of researchers from diverse backgrounds who work together to solve difficult problems. Her corneal research has led to a number of major partnerships between academia and industry as well as to invitations to participate in and speak at international ophthalmology conferences and meetings. Dr. Griffith's distinctions include the Premier's Research Excellence Award, an NSERC Faculty of Medicine Award, and a University of Ottawa Young Researcher of the Year Award. She was also named to Canada’s list of Top 40 Under 40.